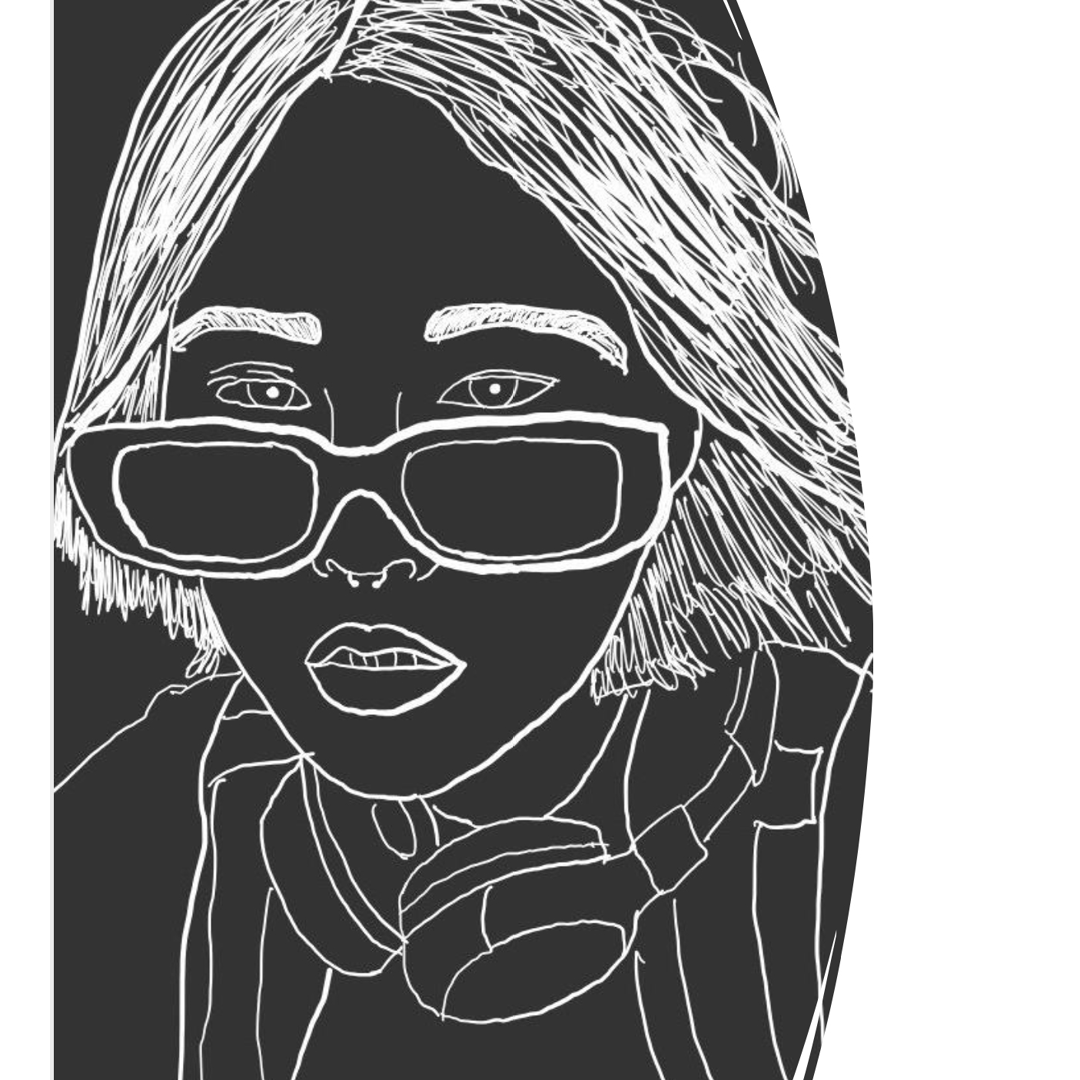 The first time I met Casper was in the Jansen elevator. We had left at the same time that morning and arrived back home late at night. I remembered her because of her cool style – she wore an oversized sweater, a pair of jeans, sneakers and had this knowing, wise look on her face. Every cell of her body screamed coolness. Desperately wanting to make friends, since I had just arrived in Jansen, I said to her woof, what a long day, wasn’t it?” and the rest is history. It was the beginning of our friendship, that is lasting until today.

Casper came to Hotel Jansen from China by the age of 17, in January 2020. A month later we had met. Another month in she visited my room for the first time.

Opening the door, I told her “Sorry for the mess, I was not expecting to have someone over” (like a proper German). But Casper was not even paying attention to what I just said. She stood in the middle of my room, next to the small kitchenette, her mouth wide open. I addressed her again, asking something without getting a reply. After awaking out of her numbness, she looked me into my eyes and nearly screamed „why do you have two windows?!” With the expression of a child on her face whose balloon had just popped. I was genuinely confused since I had assumed that the hotel consisted of units identical in construction and that every room, apart from the unique pieces of art, was the same. Telling her about it, she insisted that she only had one window.

I remember thinking that the poor girl maybe got the janitors closet and was just unlucky. All clear: every room has two large windows. Your room will have, too. Another week after the „Window awakening” I got a video from Casper on WhatsApp. The video was just black in the beginning, I couldn’t really figure what this was about. Some seconds later the secret revealed itself: it was one of the blackout curtains that Hotel Jansen has. The video continued with her pushing the curtain aside, revealing a window. A second window. A window with an awesome view above the canals and the city of Amsterdam since she lived on 5th floor.

The camera turned around, showing her face, now happier than I had ever seen it before. I have two windows!! She exclaimed… one Casper lived 2,5 months in her room with one curtain closed, not curious enough to figure out what was behind it. Maybe she thought it was decoration.

Moral of the story: make friends, chat to the people who are around, they’ve all been new at some point – and who knows, maybe you’ll find some secrets in your room. (hint: we have our own bathroom! Good luck finding them ©).

I’ve been enjoying my stay at Hotel Jansen a lot so far! The staff are super lovely and everyone living here is very friendly. The kitchens are clean and the location is very accessible.

Such A Cool Place

Hotel Jansen is an amazing experience. I found so many friends here, I recommend it to everyone!

Hotel Jansen is not only a welcoming and well located place in Amsterdam, it is also a community of friends. With students and workers from all over the world, this international atmosphere makes everyone feel at home. I really enjoy being here and I recommend to all newcomers this great experience.

Staying here now for 2 months and will definitely extend as long as possible. Great place full of amazing people. The location is perfect for walks in nature and not too far from the city centre. They also serve great food in the restaurant downstairs, I haven’t cooked once. Highly recommended.

I’m staying here now for three months and so far I had a really good time! I made some amazing friends and the rooms are also really nice. The restaurant downstairs has really good food and coffee and the staff is super friendly. I really enjoy my stay here and can just recommend this place!

Welcome to the first episode of Fiction Factory Fr

Hi all, We're proud to announce we will be openi

Hi all, I'm the new hotel Jansen logo on the rig

Hi all, I'm the new hotel Jansen logo on the lef

Cheers to the weekend! O shit it's Monday 😔 #h

Not everybody can handle chopsticks #hoteljansen

May your coffee be strong and your monday be short